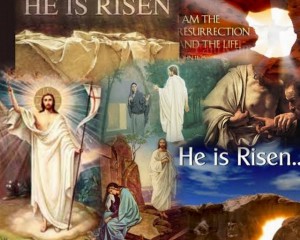 Mark 16
16 And when the sabbath was past, cMary Magdalene, and Mary the mother of James, and Salome, had bought sweet spices, that they might come and anoint him. 2 And very early in the morning the first day of the week, they came unto the sepulchre fat the rising of the sun. 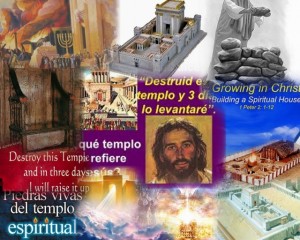 Revelation 21:21–27
21 And the twelve gates were twelve pearls; every several gate was of one pearl: and the street of the city was pure gold, as it were transparent glass. 22 And I saw no temple therein: for the Lord God Almighty and the Lamb are the temple of it. 23 And the city had no need of the sun, neither of the moon, to shine in it: for xthe glory of God did lighten it, and the Lamb is the light thereof. 24 And the nations of them which are saved shall walk in the light of it: and the kings of the earth do bring their glory and honour into it. 25 And the gates of it shall not be shut at all by day: for there shall be no night there. 26 And they shall bring the glory and honour of the nations into it. 27 And there shall in no wise enter into it any thing that defileth, neither whatsoever worketh abomination, or maketh a lie: but they which are written in the Lamb’s book of life. 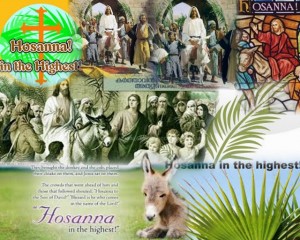 9 Much people of the Jews therefore knew that he was there: and they came not for Jesus’ sake only, but that they might see Lazarus also, whom he had raised from the dead. 10 But the chief priests consulted that they might put Lazarus also to death; 11 Because that by reason of him many of the Jews went away, and believed on Jesus.
12 On the next day much people that were come to the feast, when they heard that Jesus was coming to Jerusalem, 13 Took branches of palm trees, and went forth to meet him, and cried, Hosanna: Blessed is the King of Israel that cometh in the name of the Lord. 14 And Jesus, when he had found a young ass, sat thereon; as it is written, 15 Fear not, daughter of Sion: behold, thy King cometh, sitting on an ass’s colt. 16 These things understood not his disciples at the first: but when Jesus was glorified, then remembered they that these things were written of him, and that they had done these things unto him 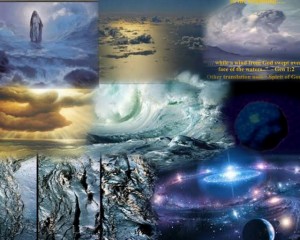 Genesis 1:1–5
In the beginning God created the heaven and the earth. 2 And the earth was without form, and void; and darkness was upon the face of the deep. And the Spirit of God moved upon the face of the waters.
3 And God said, Let there be light: and there was light. 4 And God saw the light, that it was good: and God divided the light from the darkness. 5 And God called the light Day, and the darkness he called Night. And the evening and the morning were the first day. 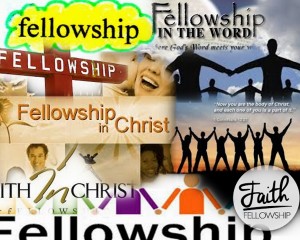 John 10:22-30
22 And it was at Jerusalem the feast of the dedication, and it was winter. 23 And Jesus walked in the temple in Solomon’s porch. 24 Then came the Jews round about him, and said unto him, How long dost thou make us to doubt? If thou be the Christ, tell us plainly. 25 Jesus answered them, I told you, and ye believed not: the works that I do in my Father’s name, they bear witness of me. 26 But ye believe not, because ye are not of my sheep, tas I said unto you. 27 My sheep hear my voice, and I know them, and they follow me: 28 And I give unto them eternal life; and they shall never perish, neither shall any man pluck them out of my hand. 29 My Father, which gave them me, is greater than all; and no man is able to pluck them out of my Father’s hand. 30 I and my Father are one. 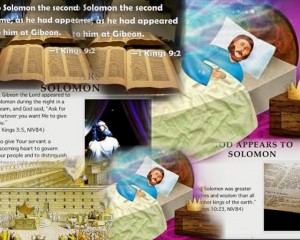 1 Kings 9:1–3
9 And it came to pass, when Solomon had finished the building of the house of the LORD, and the king’s house, and all Solomon’s desire which he was pleased to do, 2 That the LORD appeared to Solomon the second time, as he had appeared unto him at Gibeon. 3 And the LORD said unto him, I have heard thy prayer and thy supplication, that thou hast made before me: I have hallowed this house, which thou hast built, to put my name there for ever; and mine eyes and mine heart shall be there perpetually 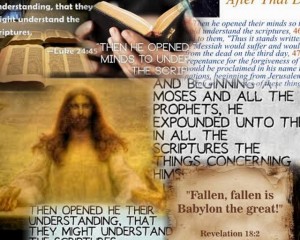 Luke 24:44–48
44 And he said unto them, These are the words which I spake unto you, while I was yet with you, that all things must be fulfilled, which were written in the law of Moses, and in the prophets, and in the psalms, concerning me. 45 Then opened he their understanding, that they might understand the scriptures, 46 And said unto them, Thus it is written, and thus it behoved Christ to suffer, and to rise from the dead the third day: 47 And that repentance and remission of sins should be preached in his name among all nations, beginning at Jerusalem. 48 And ye are witnesses of these things 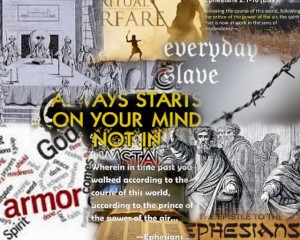 Wherein in time past ye walked according to the course of this world, according to the prince of the power of the air, the spirit that now worketh in the children of disobedience: 3 Among whom also we all had our conversation in times past in the lusts of our flesh, fulfilling the desires of the flesh and of the mind; and were by nature the children of wrath, even as others.
4 But God, who is rich in mercy, for his great love wherewith he loved us, 5 Even when we were dead in sins, hath quickened us together with Christ, (by grace ye are saved;) 6