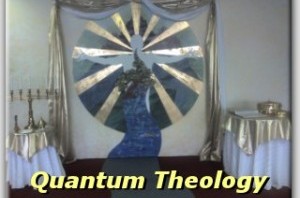 And all the angels stood round about the throne, and about the elders and the four beasts, and fell before the throne on their faces, and worshipped God, 12 Saying, Amen: Blessing, and glory, and wisdom, and thanksgiving, and honour, and power, and might, be unto our God for ever and ever. Amen. 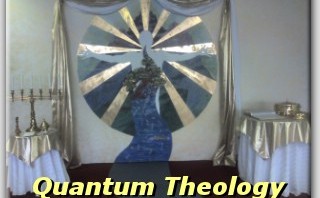 Behold, we count them happy which endure. Ye have heard of the patience of Job, and have seen the end of the Lord; that the Lord is very pitiful, and of tender mercy.12 But above all things, my brethren, swear not, neither by heaven, neither by the earth, neither by any other oath: but let your yea be yea; and your nay, nay; lest ye fall into condemnation. 13 Is any among you afflicted? let him pray. Is any merry? let him sing psalms. 14 Is any sick among you? let him call for the elders of the church; and let them pray over him, anointing him with oil in the name of the Lord: 15 And the prayer of faith shall save the sick, and the Lord shall raise him up; and if he have committed sins, they shall be forgiven him. 16 Confess your faults one to another, and pray one for another, that ye may be healed. The effectual fervent prayer of a righteous man availeth much.

For as the rain cometh down, and the snow from heaven, and returneth not thither, but watereth the earth, and maketh it bring forth and bud, that it may give seed to the sower, and bread to the eater: 11 So shall my word be that goeth forth out of my mouth: it shall not return unto me void, but it shall accomplish that which I please, and it shall prosper in the thing whereto I sent it. 12 For ye shall go out with joy, and be led forth with peace:

And when Jesus was come into Peter’s house, he saw his wife’s mother laid, and sick of a fever. 15 And he touched her hand, and the fever left her: and she arose, and ministered unto them. 16 When the even was come, they brought unto him many that were possessed with devils: and he cast out the spirits with his word, and healed all that were sick: 17 That it might be fulfilled which was spoken by Esaias the prophet, saying, Himself took our infirmities, and bare our sicknesses.18 Now when Jesus saw great multitudes about him, he gave commandment to depart unto the other side. 19 And a certain scribe came, and said unto him, Master, I will follow thee whithersoever thou goest. 20 And Jesus saith unto him, The foxes have holes, and the birds of the air have nests; but the Son of man hath not where to lay his head. 21 And another of his disciples said unto him, Lord, suffer me first to go and bury my father. 22 But Jesus said unto him, Follow me; and let the dead bury their dead.
23 And when he was entered into a ship, his disciples followed him. 24 And, behold, there arose a great tempest in the sea, insomuch that the ship was covered with the waves: but he was asleep. 25 And his disciples came to him, and awoke him, saying, Lord, save us: we perish. 26 And he saith unto them, Why are ye fearful, O ye of little faith? Then he arose, and rebuked the winds and the sea; and there was a great calm. 27 But the men marvelled, saying, What manner of man is this, that even the winds and the sea obey him!

All things are lawful unto me, but all things are not expedient: all things are lawful for me, but I will not be brought under the power of any. 13 Meats for the belly, and the belly for meats: but God shall destroy both it and them. Now the body is not for fornication, but for the Lord; and the Lord for the body. 14 And God hath both raised up the Lord, and will also raise up us by his own power. 15 Know ye not that your bodies are the members of Christ? shall I then take the members of Christ, and make them the members of an harlot? God forbid. 16 What? know ye not that he which is joined to an harlot is one body? for two, saith he, shall be one flesh. 17 But he that is joined unto the Lord is one spirit. 18 Flee fornication. Every sin that a man doeth is without the body; but he that committeth fornication sinneth against his own body. 19 What? know ye not that your body is the temple of the Holy Ghost which is in you, which ye have of God, and ye are not your own? 20 For ye are bought with a price: therefore glorify God in your body, and in your spirit, which are God’s.

Enter ye in at the strait gate: for wide is the gate, and broad is the way, that leadeth to destruction, and many there be which go in thereat: 14 Because strait is the gate, and narrow is the way, which leadeth unto life, and few there be that find it. 15 Beware of false prophets, which come to you in sheep’s clothing, but inwardly they are ravening wolves. 16 e shall know them by their fruits. Do men gather grapes of thorns, or figs of thistles? 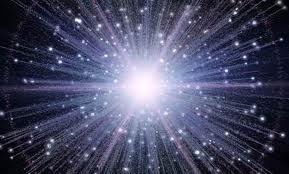 Blessed be the God and Father of our Lord Jesus Christ, who hath blessed us with all spiritual blessings in heavenly places in Christ: 4 According as he hath chosen us in him before the foundation of the world, that we should be holy and without blame before him in love: 5 Having predestinated us unto the adoption of children by Jesus Christ to himself, according to the good pleasure of his will, 6 To the praise of the glory of his grace, wherein he hath made us accepted in the beloved. 7 In whom we have redemption through his blood, the forgiveness of sins, according to the riches of his grace; 8 Wherein he hath abounded toward us in all wisdom and prudence; 9 Having made known unto us the mystery of his will, according to his good pleasure which he hath purposed in himself: 10 That in the dispensation of the fulness of times he might gather together in one all things in Christ, both which are in heaven, and which are on earth; even in him: 11 In whom also we have obtained an inheritance, being predestinated according to the purpose of him who worketh all things after the counsel of his own will: 12 That we should be to the praise of his glory, who first trusted in Christ.

But if, while we seek to be justified by Christ, we ourselves also are found sinners, is therefore Christ the minister of sin? God forbid. 18 For if I build again the things which I destroyed, I make myself a transgressor. 19 For I through the law am dead to the law, that I might live unto God. 20 I am crucified with Christ: nevertheless I live; yet not I, but Christ liveth in me: and the life which I now live in the flesh I live by the faith of the Son of God, who loved me, and gave himself for me. 21 I do not frustrate the grace of God: for if righteousness come by the law, then Christ is dead in vain.

3:1 O foolish Galatians, who hath bewitched you, that ye should not obey the truth, before whose eyes Jesus Christ hath been evidently set forth, crucified among you? 2 This only would I learn of you, Received ye the Spirit by the works of the law, or by the hearing of faith? 3 Are ye so foolish? having begun in the Spirit, are ye now made perfect by the flesh?