Wow Russia get hit by Meteor ( Is it Prophesy? )

I just posted last night about Sodom and Gomorrah and meteorites. Please I am not saying that Russia is a sinful nation or lacks righteousness, but something happened today.

Could we get hit?? On a bigger scale? My prayers go to the ones hurt.

There is a story about a city called Sodom in the bible and it was destroyed. Some researchers were saying its destruction was caused by a meteorite shower. The question that we should be asking is, could it happen again? The probability for that to happen is YES. If the reason of the destruction of Sodom was sin and lack of righteousness then read the story below. Please share your comments.יְבָרֶכְךָ֥ יְהוָ֖ה וְיִשְׁמְרֶֽךָ׃  The LORD bless thee, and keep thee:
Genesis 19:12
12 And the men said unto Lot, Hast thou here any besides? son in law, and thy sons, and thy daughters, and whatsoever thou hast in the city, bring them out of this place: 13 For we will destroy this place, because the cry of them is waxen great before the face of the LORD; and the LORD hath sent us to destroy it. 14 And Lot went out, and spake unto his sons in law, which married his daughters, and said, Up, get you out of this place; for the LORD will destroy this city. But he seemed as one that mocked unto his sons in law.
15 And when the morning arose, then the angels hastened Lot, saying, Arise, take thy wife, and thy two daughters, which are here; lest thou be consumed in the iniquity of the city. 16 And while he lingered, the men laid hold upon his hand, and upon the hand of his wife, and upon the hand of his two daughters; the LORD being merciful unto him: and they brought him forth, and set him without the city. 17 And it came to pass, when they had brought them forth abroad, that he said, Escape for thy life; look not behind thee, neither stay thou in all the plain; escape to the mountain, lest thou be consumed. 18 And Lot said unto them, Oh, not so, my Lord: 19 Behold now, thy servant hath found grace in thy sight, and thou hast magnified thy mercy, which thou hast shewed unto me in saving my life; and I cannot escape to the mountain, lest some evil take me, and I die: 20 Behold now, this city is near to flee unto, and it is a little one: Oh, let me escape thither, (is it not a little one?) and my soul shall live. 21 And he said unto him, See, I have accepted thee concerning this thing also, that I will not overthrow this city, for the which thou hast spoken. 22 Haste thee, escape thither; for I cannot do any thing till thou be come thither. Therefore the name of the city was called Zoar. 23 The sun was risen upon the earth when Lot entered into Zoar.
24 Then the LORD rained upon Sodom and upon Gomorrah brimstone and fire from the LORD out of heaven;

25 And he overthrew those cities, and all the plain, and all the inhabitants of the cities, and that which grew upon the ground.
26 But his wife looked back from behind him, and she became a pillar of salt.
27 And Abraham gat up early in the morning to the place where he stood before the LORD: 28 And he looked toward Sodom and Gomorrah, and toward all the land of the plain, and beheld, and, lo, the smoke of the country went up as the smoke of a furnace. 29 And it came to pass, when God destroyed the cities of the plain, that God remembered Abraham, and sent Lot out of the midst of the overthrow, when he overthrew the cities in the which Lot dwelt.

Imagine that even 99.999999999% does not guarantee certainty. If the world of science with today’s technology can’t be certain of their own discoveries or words, then this opens the door to say ‘there most be a supreme entity waiting to be unveiled.’ Or at least one word(world) superior to us.

Over the last few months you may have noticed the phrase “Higgs-like,” rather than “Higgs-boson.” This is because CERN and the scientific community can’t be certain that they’ve actually found the Higgs-boson. 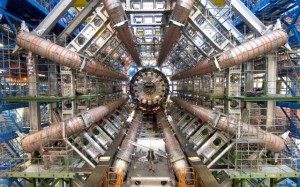 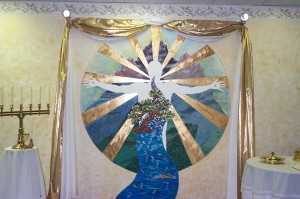 Have you consider yourself as the “Proton Collider?”

It has taken 13.7 billion years for us to have this conversation. The subject least talked about is the one doing the observing. Consider yourself as a possibility of 99.9999999% as being the answer. Follow the link and read what cern is saying. Cern. Listen to this old video.